Terry Gray has located the pictures he took on colour transparency film from the 1960s/70s!     They were thought to have been lost in a house move, 30 years ago….

in Southampton, who speedily transmogrified them into digital pictures which now we can all see – providing we have access to a computer….       This is another wonderful event for Europlate and platesmen worldwide, as a few more rare images of extinct series appear unexpectedly before us, on the Europlate Blog!

What with the recently-released photo gallery of John Pemberton, and now his notated spottings from 1954 (more to come) and the slow release(!) of Bernt Larsson’s early shots, the Gray archive becomes our latest link with the past days of xeno-autonumerology.      Many thanks to T.G. – early member (number 9)  for clearing the attic!

A taste of the period Terry covered, without editor’s notes:    (Later – a request has been received for picture notes to be added, so keep visiting the Page and you should see it happen progressively, starting now.)

David Powell explains:
I am fairly sure that the USSR plates with an ABT suffix were manufacturers’ plates for an organization called Autoexport who managed the export of Moskvich cars and vans.

Cedric Sabine adds:  The 1959 Soviet ABT series was for any vehicle travelling out of country and was issued by Moscow city. So, the export Moskvich cars would indeed have got them but other vehicles did too.

VB:  That would explain why Terry Gray pictured the Moskvich team in London, preparing for the start of the London-Mexico Rally in 1970. 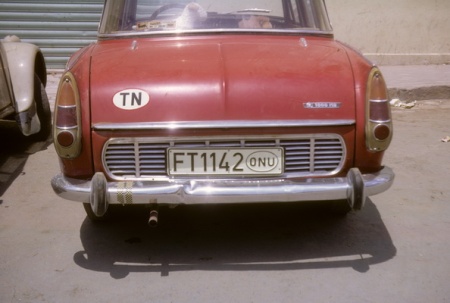 FT was the first prefix used in Tunisia after independence from France,in 1956, at which it had to establish a series for foreign residents, including diplomats in the new embassies in Tunis.    In this case, a member of the UN (ONU) had been accorded diplomatic status, to receive this plate.     FT abbreviated ‘Franchise Temporaire’ (Temporary Licence); such vehicles were allowed to enter Tunisia free of local duties, because they were to be re-exported at the end of the owners’ tours of duty. FT is thought to have run from 1956 to sometime in the 1970s.     Blogman knows only of FT 3 and FT 1142 which have been photographed in service.    Anyone else got a picture??  Terry Gray archive

June 25th.2013  Member Cedric Sabine writes that he has more pictures of this rare Tunisian FT plate series; we have asked if we might have his pictures to further illustrate this item…… 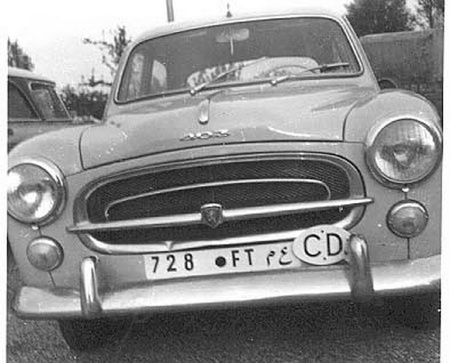 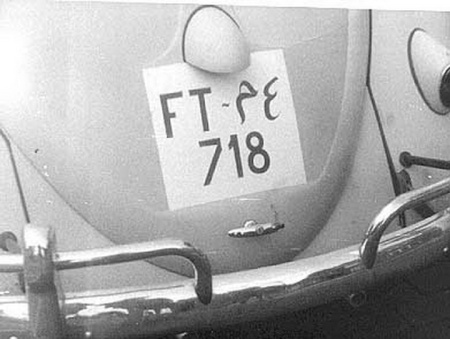 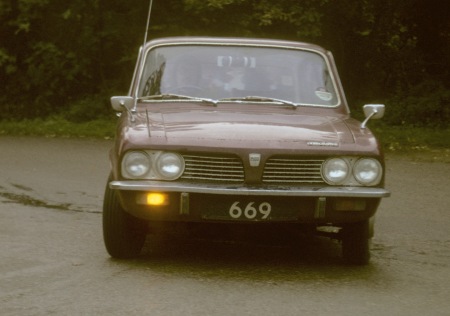 This Triumph Toledo(?) has been to Saint Helena and back(!), and was photographed in Northamptonshire on its Helenan 669 plates.    St. Helena has also been seen with an SH prefix.         The owners were British government officers involved in the administration of the Territory, and their cars were returned at the conclusion of their duty there.. 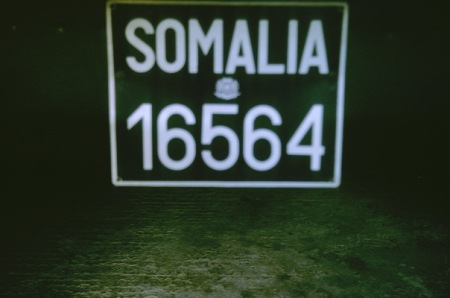 16564. One of very few 1960-1970s Somalian plates seen was photographed – also in Northamptonshire -on a Mk 3 Ford Cortina, circa 1974. These were oddly well-made plates for such a backward territory; perhaps they were made for them by an international aid process – possibly Italian, as the former colonial power?      In recent decades, the few Somalian vehicles seen in news broadcasts have generally run without bearing plates, as no registration system exists.     Breakaway Puntland (1998), Galmudug (2006) and Somaliland (1996) have established their own systems (see RPWO). 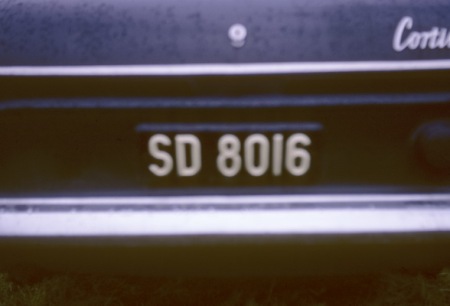 From 1937 to ?, these white on red Swedish plates were issued to vehicles temporarily imported.          Terry Gray saw this Fiat in Europe in the 1970s, carrying a normal Swedish plate of the period underneath. 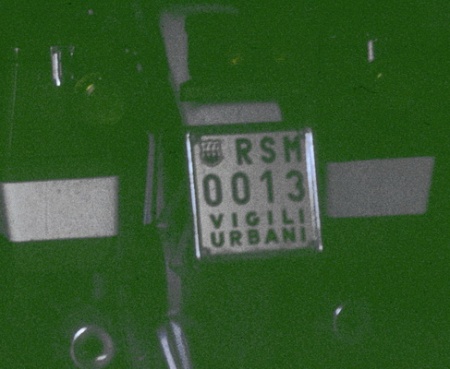 San Marino issued special plates to the city police in different sizes for cars and motorbikes.     A poor shot, unfortunately, but it must be kept for posterity, as so few were issued and ever fewer were photographed….. (Gray archive) 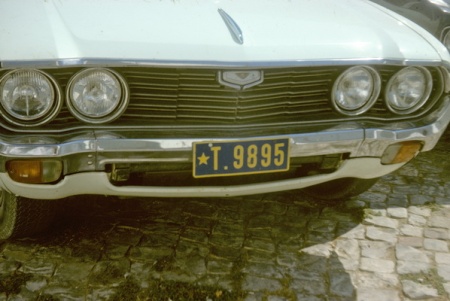 From 1958, while still the Belgian Congo, this Belgium-manufactured (Howoco?) series was introduced.     It continued from 1960 independence under the re-named ‘Rep. of Congo (Leopoldville)’ (oval RCL).      If this were a  Congo Belge (CB)-issue, the T would mean it came from Kasai province, but after 1960, the regional codes became simple serial letters.     Later two letters with three numbers LL-NNN superseded these L-NNNN plates. The provenance of this picture is presently unknown. (Gray archive)

Regarding the 404 PEUGEOT picture, I’m quite sure it was the vehicle of Gaston Perkins during the 1970 LONDON-MEXICO rally

These and hundreds of others were taken in Britain in the 1960s and 1970s and captured by Terry as slide transparencies, which are difficult to view except by old projectors, but  give a very clear and well-coloured image, when converted to computer  files (.jpg).

Any readers who have slides, might consider their conversion thus; the lady Corrie who did these being highly recommended AND economical!

This entry was posted on Wednesday, June 12th, 2013 at 7:54 pm and is filed under Argentina, Collections, Congo, Historic, Roumania, San Marino, Somalia, South Atlantic, Swaziland, Sweden, Syria. You can follow any responses to this entry through the RSS 2.0 feed. You can leave a response, or trackback from your own site.