OK for the reader to make the identifications?

7081 1.A   –   It is particularly odd that a British car – an Austin A40 Devon – should have been seen on French West Africa plates, as all French overseas territories were strongly wedded to cars and lorries of French manufacture.        Senegal became independent of France in 1960; this photo is estimated to have been taken in Britain during 1953, when the international identification letters for the whole territory were AOF – Afrique Occidentale Francaise. Our Austin boasts only a modest ‘F’.   Another oddity is the light background and dark digits of the plate, when normal plates were simple white on black.      At independence, a preceding ‘S’ was added to the zero or 1 codes which marked the Senegalese sector of AOF – where 1 represented Dakar.    (7081 S1.A)       Pemberton archive. 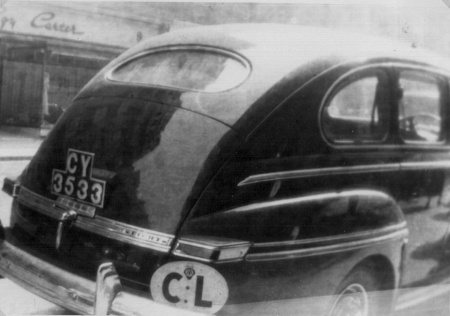 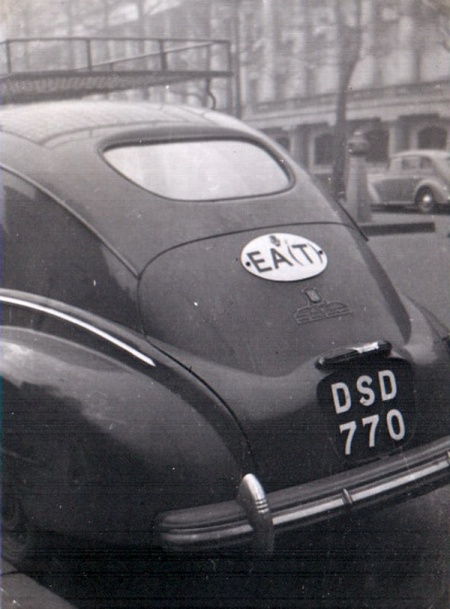 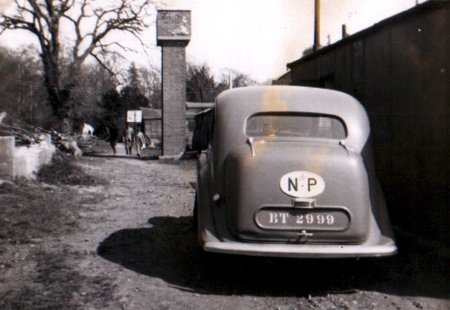 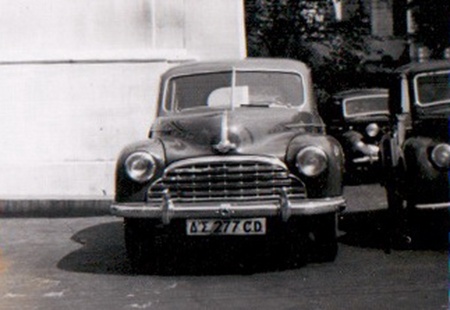 DS 277 CD – Greek Diplomatic series from 1930s-1952 on a circa 1949 Morris Oxford in Oxford in 1950.       The DS, here translated from the Greek, abbreviates Diplomatikos Soma – or Diplomatic Body.   Though ‘CD’ was internationally accepted, there were no French usages in the home of Homer!       Pemberton archive

T/26 4595  –  The Farsi/Dari area code letter and validity year/serial numerals of the Persian plates were changed to western characters only if the vehicle was to leave the country. This 26-dated T-Teheran out-of-state plate refers to the Persian year 1326, corresponding to our Gregorian calendar year which was from March 1947-March 1948.       The US car model is unidentified, the shot taken somewhere in England in 1948/9.      Pemberton archive

The red and white Flag plates of the Kuwaiti royal household, shot in London by John Pemberton on Aug. 6, 1956.    Plate 50 on a Cadillac 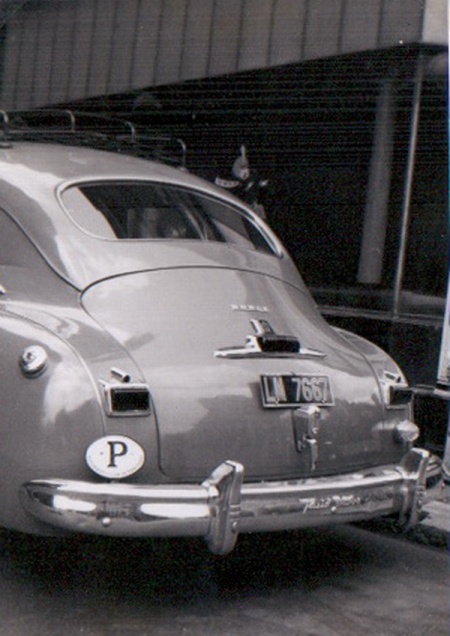 This entry was posted on Wednesday, November 13th, 2013 at 1:30 am and is filed under Ceylon, Diplomatic, Egypt, Greece, Iran, Mozambique, Nyasaland Malawi, Senegal, Tanganyika. You can follow any responses to this entry through the RSS 2.0 feed. You can leave a response, or trackback from your own site.

4 Responses to A Little More Pemberton