Is this one of the best postings for a diplomat?     This Land Rover Discovery is seen outside the British High Commission in Nuku’alofa, which is a two storey(!) beach house right next door to the mini Royal Palace on peaceful Tongatapu island.

The principal assistant to the Tongan economy is generous New Zealand, whose High Commissioner uses the CD type NZ 1.

The Palace roof is of corrugated iron and the household operates a few vehicles with special-issue plates; here is a 1950s King plate (1)  from Jim Gordons’s photo collection.

And also from the early times, G 271 illustrates the tractor issue, used during the 1960s-80s:

Alastair Caldwell shot these plates for tourist-sale on one of many stalls in Buenos Aires.          The re-painting has  created some variations on the original black-on-white format! 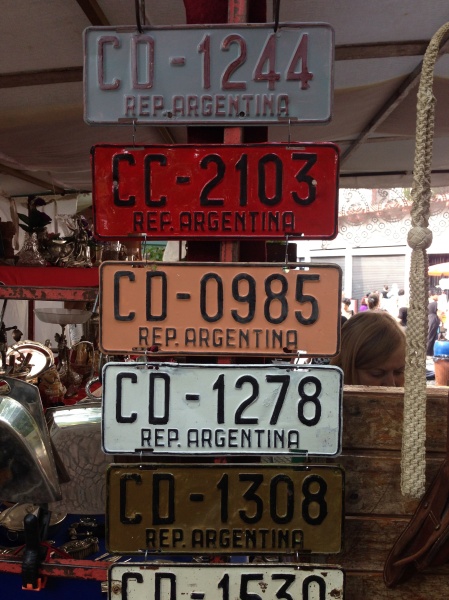 Roy Klotz made this note below in Europlate some years ago and Ray King saved it in his scrapbook, which is now part of our RPWO on-line archive. What a rare find – the only plate of its type in the world.

KB 042 846  —  The Stoel albums unveil another version of that Chinese mission, carried on a Mercedes 170(?) which also bears the 1947-48 Berlin plate type issued by the Allied administration of the city in the aftermath of the war – Kommandatura Berlin (Berlin Command).

(The subject of Chinese/Formosan/Taiwanese participation in the restoration of  1940s Germany must be worthy of some research…..) 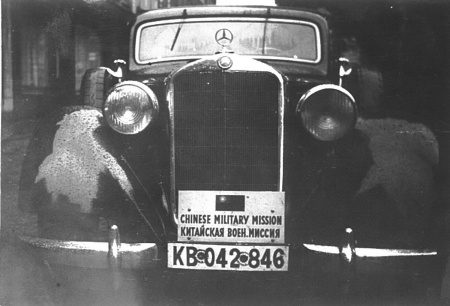 BR 510-075  —  This Mercedes’ plate ticks several boxes.    It’s the Berlin 1948-56 series with BR meaning British Zone-North Rhein-Westfalia and the leading zero of the second number-set 075 shows that it is a dealer plate – as would the red-on-white colouring, if Mr. Stoel had had colour film.   Then, to make the matter even more interesting, it seems to have been an embassy car!      Diplomatic Dealer – quite unusual, we suggest….060117 – See Marcelo Taverna’s interesting observation on this curiosity in Comments below….

In the 1930s, King Edward the Eighth of Great Britain visited Vienna and was driven about in A 182 (CD) which was probably the GB embassy Rolls-Royce. 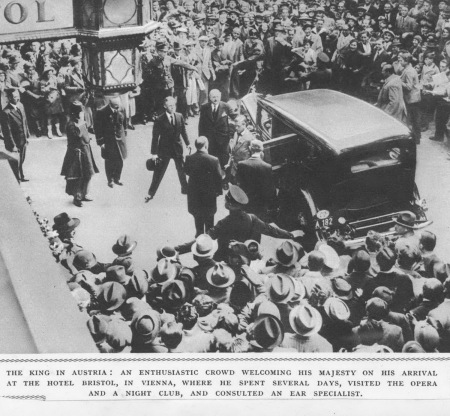 Below: A page from the Stoel albums, prior to breaking-up in to individual images.

0291 P is thought to be an artist’s impression, not a Russian plate type.     The vintage car stuck in the mud somewhere is sporting an Asian script and is quite unidentifiable so far.

Right-hand-drive – and is it a FIAT?

19Sept2017 – Well – 24 is obviously a pre-revolution (1917) registration and there wasn’t a national system yet in Russia – each town used whatever they liked.   Member Rein has info that this is a rally car in Moscow from Chisinau after that long drive, so now we don’t know if it is a Russian or a Bessarabian plate!!

See his notes below: