Will sharp-eyed viewers note the  apparent error in this picture of N 3138?

The Straits Settlements were originally named for the coastal enclaves ceded to Britain by the sultans of the independent states of Malaya – lands facing the Straits of Malacca, in the Bay of Bengal.      N was the code for Negeri Sembilan state from 1948, (from 1932 it had been NS), when all the states of Malaya combined to form the Federation of Malaya (international oval FM.)      Thanks to EU83 John Henderson for this historic picture/puzzle.

A.  (No”), responds David Wilson  “It’s an 1949 (American) Ford, with the right-hand part of the trunk- (boot-) lid piece broken off.    With RHD, this was likely made in Australia by Ford Australia”.      (That would tie in with its presence in ‘nearby’  British Malaya and the lower duties applied to Commonwealth-built vehicles.) 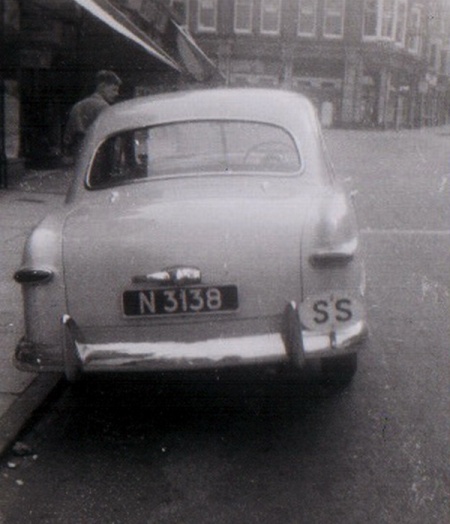 The rare SS oval is shown twice in the Pemberton album, this second one being from Penang island, and seen in London, probably 1949.    An MG YA is parked alongside, built from 1947. 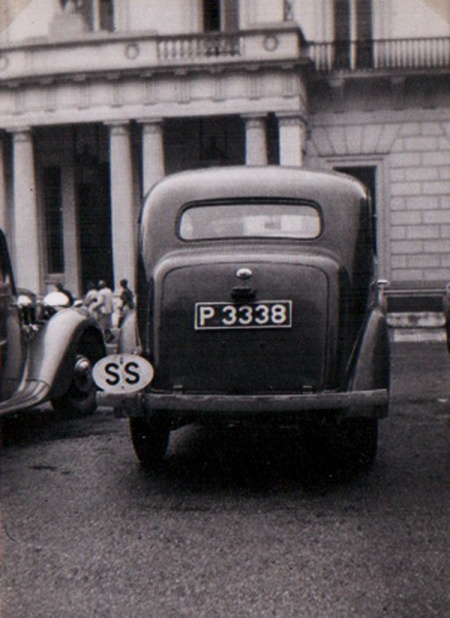 This entry was posted on Saturday, January 12th, 2013 at 1:26 pm and is filed under Historic, Malaysia, Straits Settlements. You can follow any responses to this entry through the RSS 2.0 feed. You can leave a response, or trackback from your own site.

7 Responses to The Straits Settlements