Middle East when it was OK

John Pemberton found a few sandhoppers in London in the 1940s, one of the most interesting of which was this 1948 Morris Oxford registered in Israel, a country which had only just started registering its own vehicles after the British Mandated presence there came to an end in 1948. 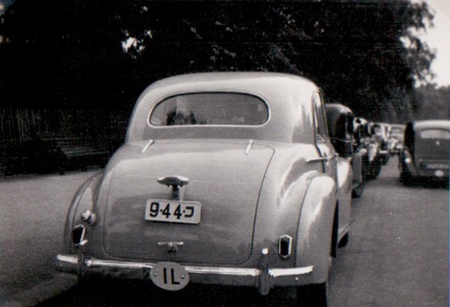 Oil exploration was well under way in the 1940s and it was probably that business which took these cars  to the Middle East and then home again, when the owners’ tours of duty were ended.     First, below, a 1948  Hillman Minx Mark 3 with clearly painted plates: 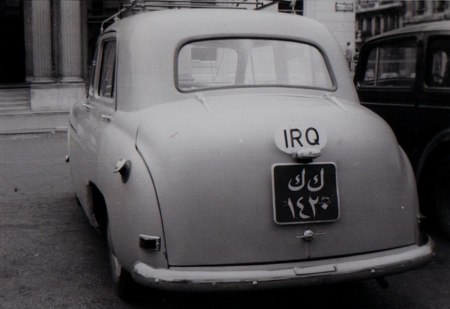 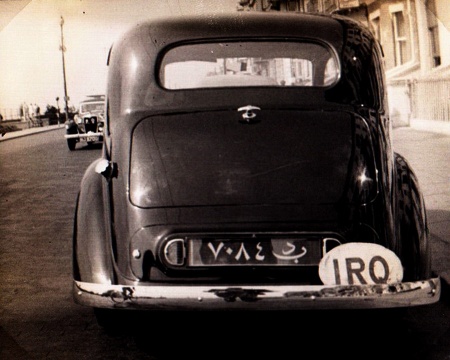 Iraqi vehicles travelling outside the country should have carried translation plates or be made to carry ‘Q’ temporary import plates when they visited Europe and Britain.   The above cars slipped in ‘under the radar’, it  seems, but the car which carried  KK 2460 was correctly prepared for its trip, via its translation/out-of-state  plate.   The vehicle ended in a scrapyard in Amersham in 1973, where this plate was salvaged by EU38!  (Below)

Kirkuk 2460, probably a plate of the late 1950s, with its translation for use outside Iraq.    Brumby archive

Below:   Re-imported to London in December 1950 from Bahrain,  this 1947 Vanguard LXK 90 was allocated a registration from the London batches of 10 to 99, which were retained for the re-registration of used imports. Unusually, this owner chose not to dismount his original Bahrein 495 numberplate – strictly not legal, but its suits us!

(The London batches from 1-9 were then generally held for diplomats and privileged citizens.) 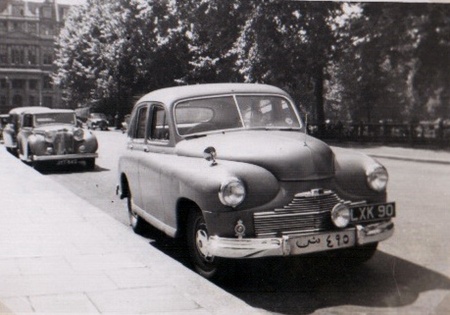 Below;   About 13 years later, a Bahrain Mini was parked for a photo-opportunity. 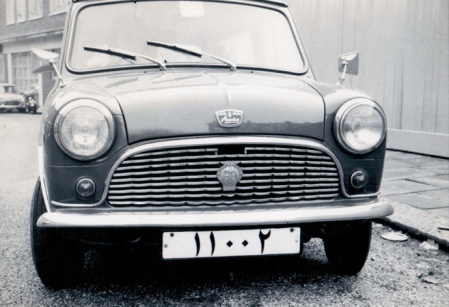 Bahraini Austin Seven ‘Mini’ 11002 in Notting Hill, London in 1962.    The arabic script for ‘Bahrain’ was not usually shown in this period and it is odd that many such cars were permitted to run in Britain with these arabic-only plates, when really, they should have been given ‘Q’ temporary import plates at the UK port of entry…….          Brumby archive

Some Bahrein royal household plates were occasionally seen in London in those times, sometimes with modest cars…… 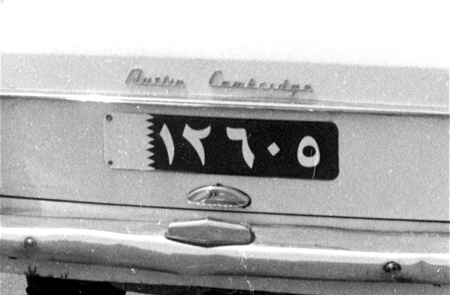 ….and sometimes with the grandes voitures which would become the hallmark of Gulf visitors in later years…… 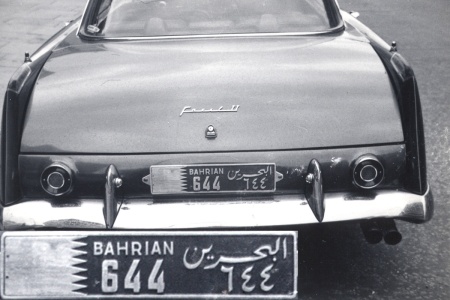 This entry was posted on Sunday, February 3rd, 2013 at 2:38 am and is filed under Bahrein, Historic, Iraq, Israel, Royal House. You can follow any responses to this entry through the RSS 2.0 feed. You can leave a response, or trackback from your own site.

7 Responses to Middle East when it was OK