I have the opportunity to access the photo archives of my close friend Bernt Larsson and I’m glad to share many of these valuable pictures with you all.     Some of these are quite old and fortunately I’ve been able to scan the negatives and touch them up for cleaning (speck of dust, scratching, etc.).  I hope you will enjoy them.

There will be more, and both Bernt and I are grateful to Vic Brumby for his initiative to start the Europlate blog.
The first batch of negatives illustrate The Aden Colony (1937-63) and Aden Protectorate (1937-62) (or Federation of South Arabia as from 4/4/62) plus a photo from the Mutawakkilite Kingdom of Yemen from the 1950s. On 18/1/1963, the two Adens merged to form The Federation of South Yemen.
Independence from Britain came on 30.7.1967, when the short-lived Federation of  S.Y. was renamed the People’s Republic of South Yemen.

Now follow a series of South Yemení images taken by a friend of Bernt Larsson at the beginning of the sixties. Some vehicles have two plates for the free transit between the different states of the Federation – presumably. 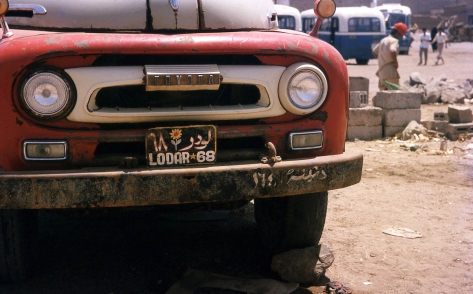 ‘Lodar 68‘ from Audhali Sultanate in the front and ‘Dathinah 164‘ painted on the bumper. 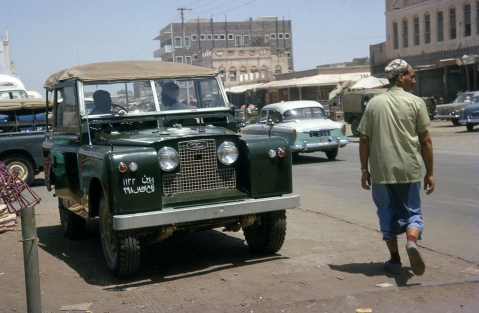 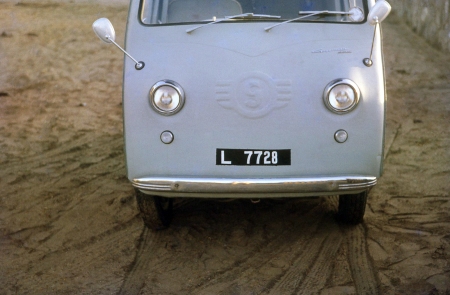 L 7728 from the 1960-63 Aden Colony series.       We cannot resist adding another of Bernt’s Aden pictures, because it is carried by a most unlikely vehicle for the tough conditions in the Yemen area.     This is a very rare, lightweight Goggomobil TL van, more info on which is found at: en.wikipedia.org/wiki/Goggomobil             Bernt Larssen archive

This entry was posted on Monday, June 22nd, 2015 at 5:54 pm and is filed under Aden, Yemen. You can follow any responses to this entry through the RSS 2.0 feed. You can leave a response, or trackback from your own site.

One Response to Old plates from Yemen