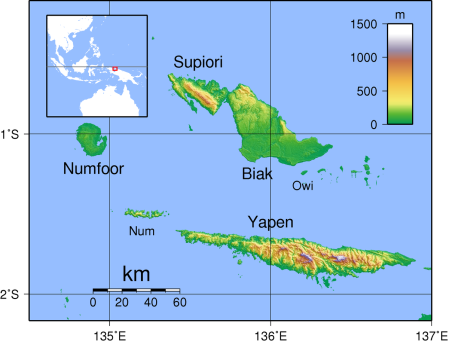 Karel Stoel brings us more treats with this amazingly obscure island plate from BIAK, a distant Dutch outpost in the South Pacific Sea, North of Papua-New Guinea island.    Until lost from The Dutch Netherlands New Guinea territories in the early 1960s, code G was issued between 1950-59 and was the only NGN single-letter code.   (Could there have been as many as 255 registered vehicles on that spot of remote land?)

This is the only picture known to exist of that G series, depicted on an Auto-Union-DKW 1000 Sonderklasse F91,  an advanced German car of the period 1953-58. 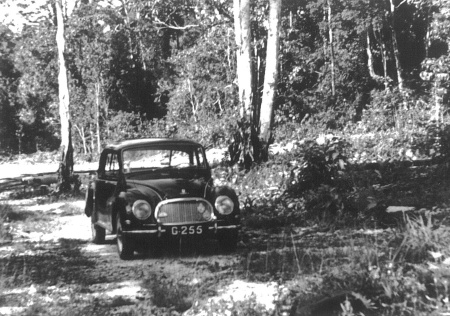 The more usual (??) issue of the 1950-59 Papua/Hollandia (now Jayapura)  plates, used the NG prefix and leading zeroes, probably on the white/Prussian Blue plates of mainland Holland.    This VW Beetle NG-04 is certainly using the Dutch dies AND as it carries the NGN international Identification oval, it would seem to have been photographed in Holland, having returned from service in the Papua territory.      Few people still living ever saw such a plate! 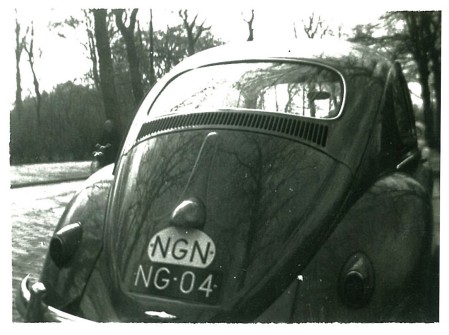 Further west, in Netherlands Indonesia, those who returned their cars to Europe at the end of their work tour. were given a temporary plate with an X prefix, for the first many years in white on black, and later in black on white.     They almost always carried the regulation oval and it is thought many came back to Holland and tickled Stoel’s fancy.

Several pictures of the microcar Fiat 500 Topolino/Mouse exist showing us Indonesian plates.  Wholly unsuitable for the rugged conditions, one would have thought – but probably very cheap indeed, so a few sales were guaranteed.    X 554 is an example of the white version of the exit plate issued to vehicles leaving permanently from Dutch Indonesia.

These two types are said to have been issued (but partly overlapping?) between 1953 & 63.    Who knows anything which could clarify this matter? 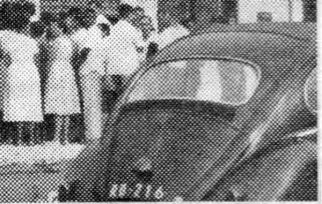 This entry was posted on Tuesday, July 10th, 2018 at 5:32 pm and is filed under Asia, Netherlands Indies, Pacific, Uncategorized. You can follow any responses to this entry through the RSS 2.0 feed. You can leave a response, or trackback from your own site.