Pioneer Europlate member Jacques Lambin, an adventurous and very well-travelled Frenchman, has donated some of his collection of worldwide shots to our Europlate Historic Archive (TEHA2) so greatly increasing our picture coverage of the  Equatorial and West African territories which formed part of the French empire.    An unexpected, marvellous benefit to us all!

In the process of identifying each photo, slide or negative so that each could be given an accurate title, some of these rare plate formats were difficult to decide, and even after research, a few still remain to go under the scrutiny of our readers, who may be able to finish the job!      Of course, Jacques was able to help with many of them, but so many years having passed since they were photographed, not all were fresh in his mind!       Some of the pictures shown here are from our existing TEHA2 collection……

An interesting example of such difficulty was that of Cameroun, the former French Trust Territory adjacent to Nigeria, which France administered after Germany surrendered it to the League of Nations after WW1, and brought it through to independence in 1963.    Cameroun started with a simple white-on-black numeral and a ‘C’ suffix letter, in about 1919.

(We don’t know if there had been a German system in use before that.)

The International Oval 1919-63 was TC for Trust Territory-Cameroun, and nearby Togoland was allocated TT on the same basis.        The 2619-C photo comes from our former president, Bernt Larsen E somewhere back in Europe, on a Plymouth coupé

Cameroun commercial/public service vehicles ran on black-on-white plates.  Black-on-white 3421-C and 3423-C below, in service in the 1930s, using Mercedes chassis with local bodywork  and not French marques, as as might be expected!

Then, from 1932 until 1963 the serial number changed each time the registration number reached 9999 and ran up from C1 to C8, when a new system was introduced after 1963 independence.    No pictures of a C8 have yet been found. 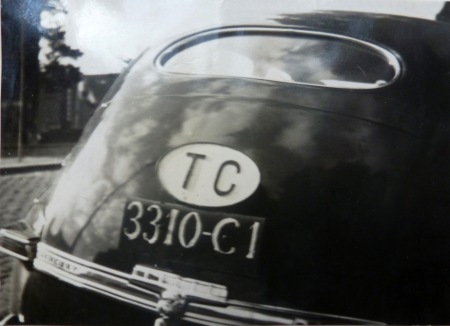 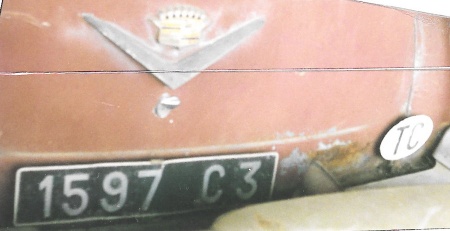 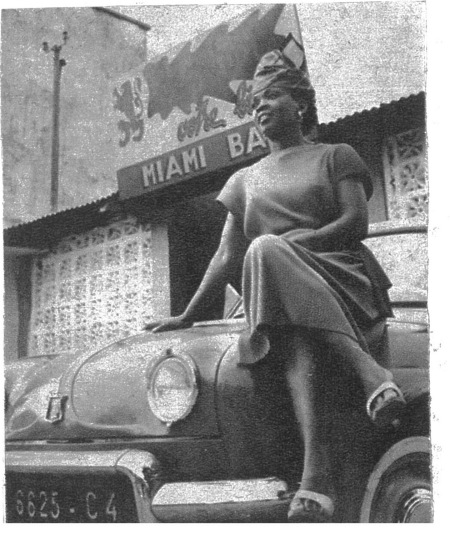 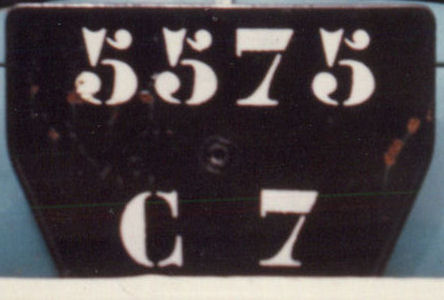 The International oval changed in 1963/4 and used a variety of codes, including RFC and CAM,

settling now on CMR, built-in to the current plates.

The new 1963/4 series used a regional code, 0-9999 numerals and one serial suffix letter, which was later changed to two as required by increasing registration needs:.

All well and good, we might say.   BUT –  Jacques hurried to explain to the Blog that French Congo (Brazzaville)(AEF) once used an identical system and that a few Congolese had been mixed up with our Camerouns.           The guilty parties in the above line-up are the C7 and C9 pics, which are guaranteed Congolese by Jacques – because that’s where he took the pictures!

You will see that all have now been placed in their correct countries within TEHA2, at Link:

While we contemplate such duplication in world plate issues, we might remember that the Cameroun’s first plates,

were the same as Tahiti’s

AND of the Comores Islands (but no picture!)

– so if you saw such plates as these as you wandered round 1950s Paris, for example, you wouldn’t know where they had come from, especially as they would all have carried an ‘F‘ International Oval, IF they carried one at all……. 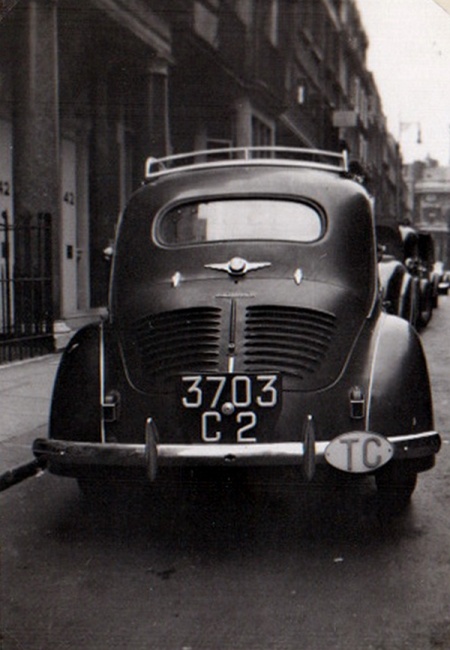 This Renault 750 from the (French) Trusteeship of the Cameroons was an unusual sight in 1951 Britain, and probably France, too.    3703 C 2 carries the correct 1932-1960 oval TC and uses the original French-designed registration format.       John Pemberton archive. 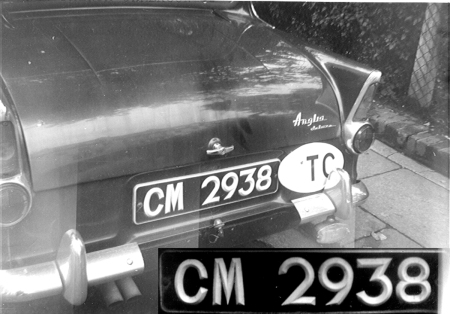 c. 1962     The British Cameroons, until  then part of British Nigeria,  amalgamated with the French Trusteeship in 1961, to form the new,  independent country of  Republique Unie de Cameroun.     For a while, it seems that cars from both the former Cameroons  used the long-lived TC oval, as witness CM 2938, from the British sector, in London’s Bayswater during the early 1960s, on a Ford 105E Anglia.      The ‘ TC ‘ had been overpainted on a formally pressed ‘ WAN ‘  oval and this example was the only one ever seen in UK – (unless YOU know otherwise!).      (VB)

Another change of Oval is seen on Fiat 850 W 2326 A, found in Middlesex in 1963.   W was the regional code for West Cameroun (Buea); the RFC abbreviation was presumably for République  Fédérale  de Cameroun, but has not been officially recognised.     Classic stencilled French plates of the period at the rear….       (VB) 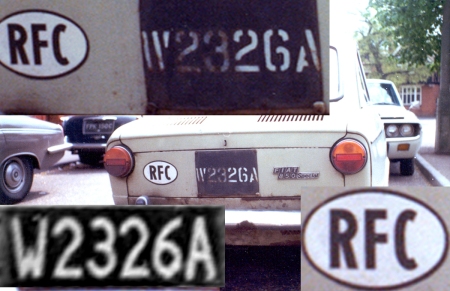 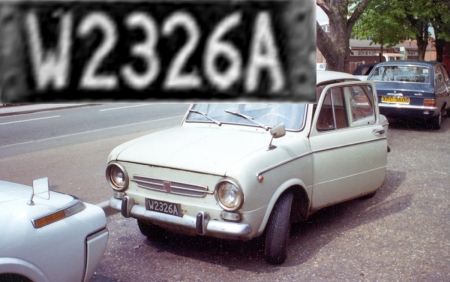 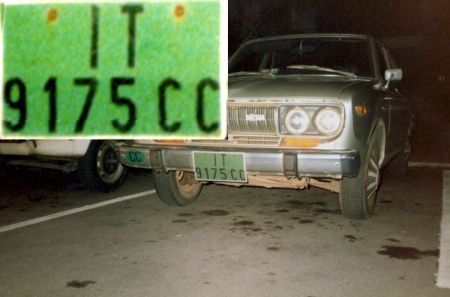 ‘IT ‘  was the abbreviation of Importation Temporaire, whereby such medium-term visitors to the country as Consular, Diplomatic and Technical Aid/NGO personnel and others, could enter their vehicles to the country free of import and local duties, on the understanding that they were to be re-exported at the end of tour.   Failing that, duties became payable and normal plates issued to the car.   When the vehicle was attached to an embassy or consulate, CD or CC was added as a suffix.    Other temporary imports used simple IT and up to four numbers.

But Congo (Leopldville)  just pips Cameroun, with CB, RCL, CGO, ZR, ZRE,  and now DRC, (which, somewhat tongue-in-cheek, uses the ‘ D ‘ to refer to a political system not yet adopted by that country –  though might possibly, in the forthcoming centuries…)