Lapsed Member Terry Gray shot this Fiat Campagnola jeep in Italy(?) in the early 1980s.   (I) Dealer plates were always red and white on black, so this white example has long festered as a mystery in one’s mind.       So this week, July 2018, VB forwarded the image to specialist Marcello Gallina in Italy, to ask his advice:

Marcello has identified a Italian military dealer among our TEHA2 photos, and it has a Middle-East link, so I think you could be interested!

=================
\
Cedric responds:
Indeed, it is of interest and is a piece of UN history that is not mentioned in RPWO at all (and I certainly new nothing about). The peacekeeping force (Multi National Force (MNF)), according to Wikipedia, only existed from 1982 to 1984 and was totally separate from UNIFIL as a 4 nation only force.
Wikipedia:
“The four-nation MNF was created as an interposition force meant to oversee the peaceful withdrawal of the Palestine Liberation Organization.[5] The participants included the U.S. Multinational Force (USMNF), which consisted of four different Marine Amphibious Units (MAUs); British 1st Dragoon Guards cavalry regiment; the 1st inter-arm Foreign and French Brigade, 4 Foreign Legion Regiments, 28 French Armed Forces regiments including French and Foreign paratroopers, units of the National Gendarmerie, Italian paratroopers from the Folgore Brigade, infantry units from the Bersaglieri regiments and Marines of the San Marco Regiment. Additionally, the MNF was in charge of training various units of the Lebanese Armed Forces.[6]

The relatively benign environment at the beginning of the mission gave way to chaos as the civil war re-escalated following the assassination of President-elect Bashir Gemayel in September 1982. Subsequent political and military developments on the ground caused the MNF to be viewed not as a peacekeeper, but as a belligerent.[7] In early 1984, after it became apparent that the government of Lebanon was no longer able to impose its will on warring factions as they entered Beirut and hostilities renewed,[7] the MNF ended its presence mission in Beirut and went offshore before completely leaving Lebanon in July of the same year in the aftermath of the October 1983 barracks bombing that killed 241 U.S. and 58 French servicemen.[8] It was replaced by the United Nations Interim Force in Lebanon (UNIFIL) already present in Lebanon since 1978 under the leadership of Ghanaian Lieutenant General Emmanuel Erskine.” 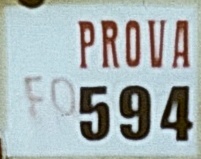 So we see here again how the sharing of our images and knowledge in the Club develops our understanding of this quite complex hobby.    Fresh from a 46-year-old photo now comes  info on a system we had not known existed.     Magnificent!    Thank you, Marcello and Cedric……..

Most European countries have a special plate system for vehicles bought within their jurisdiction, but which are intended for permanent export.     These are bought free of local taxes, which are charged when they reach their destination country.    Germany and France were the first to formalise such systems and here are some examples from the 1960s and on from round Europe. 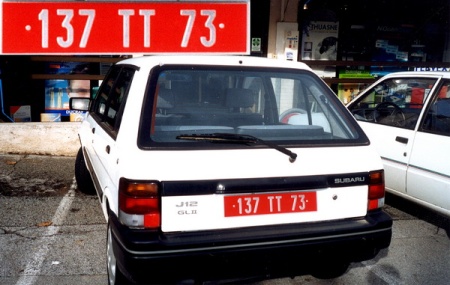 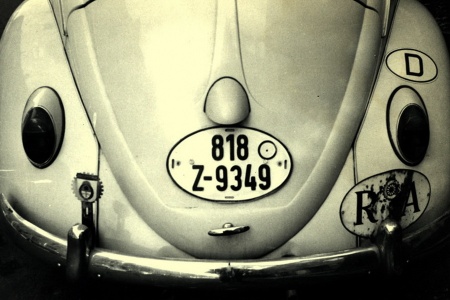 FRANCE   TT.   On its way to the Central African Republic, Pontiac Bonneville    9 TT 10 first enjoys a drive along the Promenade des Anglais in 1964 Nice.    10= département of Aube, which seemed not to register many of this category!   Brumby archive 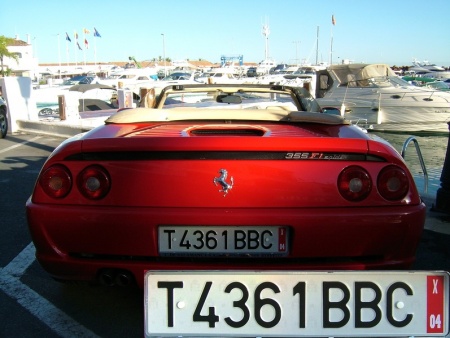 Here is a strange sighting, 27 years later, in Monte Carlo… 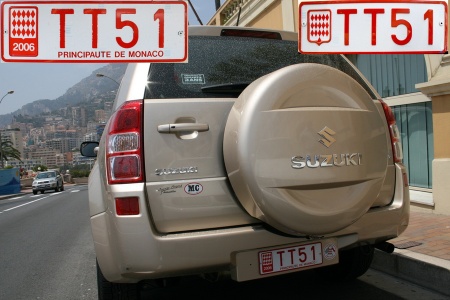 Another of John Pemberton’s  fine sightings in the late 1940s or early 1950s was this Austin A70 Hereford from the Allies-administered territory of Trieste.     A big, expensive car of the time, it was probably the private car of one of the senior British military administrators, who shared the duties with the USA until the sector was returned to Italy in 1954.

Two other Italian sightings in Britain, immediately post-war, it is thought.  SV 4740 (Savona). 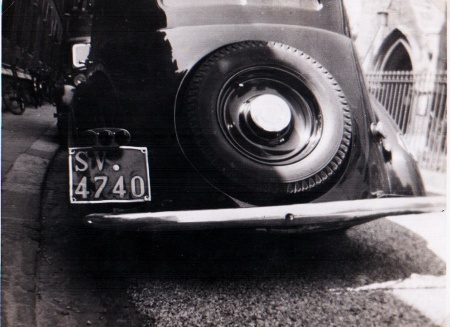 Among the amazing plates displayed at Trezzo, near Milan, this weekend (Easter 2012) were these, shown for the benefit of those who could not attend – but who have access to the Europlate Blog!

Albania was occupied by Italy during WW2 (1939-43), and dedicated Italian plates were issued to the few vehicles in circulation there.    Probably they had no plates before – or they were made up of goatskin, which hardly lasted the year between those annual emission tests ……

Italy issued some great extra-territorial plates whenever it erected its flag in some fortunate corner of the world.   Rhodes, Cattaro and Eritrea are examples.

Here, from Trezzo, is a plate from the Eritrean Liberation Front fleet of semi-military vehicles, all now abandoned in the shifting sands, but awaiting your visit with a screwdriver.     (Take some bail money with you in case the plan goes wrong.    And some long books.    It may take some time to organise your evacuation – you will certainly miss the 2014 Convention!)

Interesting that opponents to the ‘government’ were able to obtain official-style plates.   We know that neighbouring Somalia has long abandoned plating their militia Toyota pickups.

This ‘font’ is characteristic of Ethiopia, which supports the ELF, so probably these plates came by way of aid to their administrative HQ at Tent 14, Dune 32,883, Boiling Desert.    A great place to fight over.

After WW2, several international missions operated in Italy, to assist in the post-war recovery and their personnel were issued a fancy orange plate marked with the initials ‘CITES’, which Roberto Solbiati has kindly decoded for us as:

To make an acronym that they could read, they put ITALIA before TEMPORANEA.
So the sequence of words is :
C – Circolazione – (Circulation (licence))
I – (in ) Italia
T – Temporanea – (temporary, for duration of posting)
E – (di) Enti – (entity, organisation, mission)
S – Stranieri – (strangers, foreigners)

Shortly after WW2, a new symbol was embossed on the (rear only) Italian plates, depicting three swords on a shield; this was the symbol of the National Disabled Veterans’ Association.      This CITES plate shows this emblem well.

The SITES plates ran alongside the ‘EE‘ plates issued to foreigners who purchased Italian cars there, to export to their home countries. (EE=Escursionisti Esteri=Foreign excursionist/visitor)

I will add more pictures of the  other Trezzo plates which made me gasp, in a later Blog.