These early pictures are of varying quality and interest, but still need to be exhibited for the sake of the members.   They are now identified to save readers’ energy…. 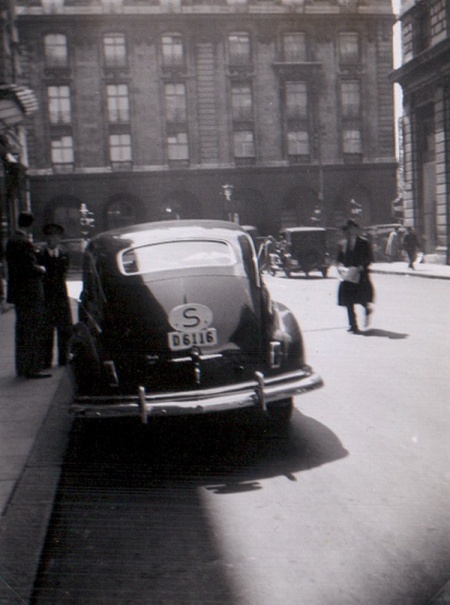 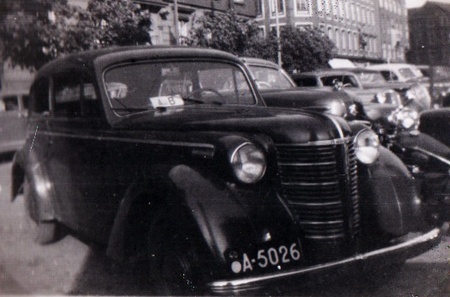 A Finland pre-war Opel A-5026, coded A  for Helsinki (Helsingfors) using the 1940 issue of the 1930-49 series,  photographed by John Pemberton in Scandinavia. 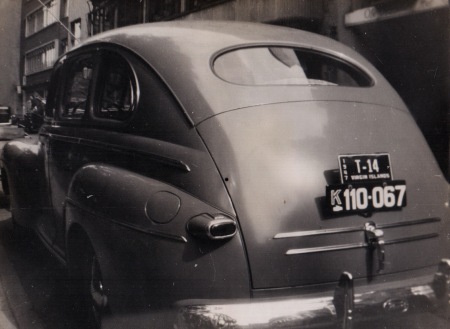 A 1946-8 American Ford registered in the U.S. Virgin Island of St. Thomas (1947 T-14) visits Denmark about that time, and is allocated a Temporary Use (red letter K) Copenhagen plate K 110-067 (to permit it to legally circulate in Denmark).   (This was because US/USVI had not been a signatory to the Convention which authorised international travel on their licence-plates.)   Such temporary imports to Europe often showed their original foreign plates as well.                 Pemberton archive 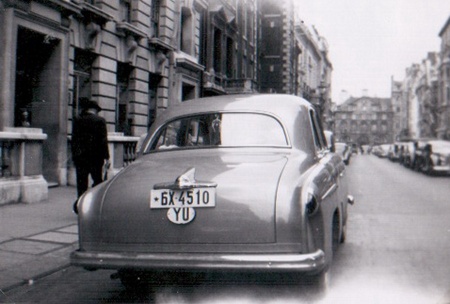 BH-4510. A Vauxhall Velox (c.1951) in London in the early 1950s. BH (in Cyrillic) hails from Bosnia-Herzegovina, by then a component of Yugoslavia.  Pemberton archive

The motorcycle  with the DK plate is a rare Nimbus 4cyl in line down the frame machine. The only Danish motorcycle manufacturer I believe. Roger Kimbell. 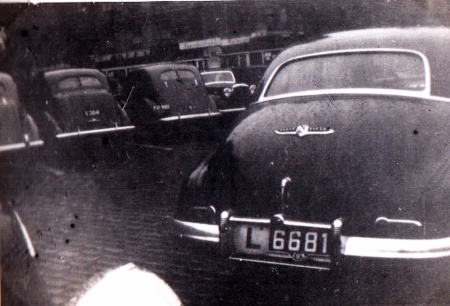 Luxembourg series showed LUX below on the rear plate and above on the front plate. 6681 here on the series which ran from 1895 to 1940(!), although, oddly,  this Buick(?) and photo are from the 1950s…. John Pemberton picture, taken in Denmark. 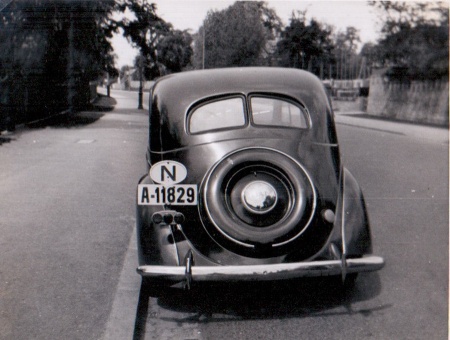 R-7800 is a Dutch Harley-Davidson motorcycle in Oxford.     R was a special allocation for temporary/foreigner registration from 1920 to 1951. Pemberton archive.

The rare Portuguese red-on-white diplomatic CD/10-46, seen on a grand limousine, – a 1940s Buick Eight.    Dates of the introduction of this series are unknown,  as are the embassy codes.    Pemberton archive 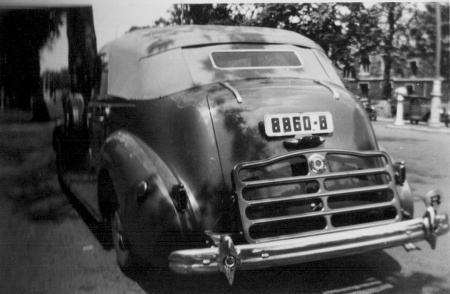 Alex Kafka writes: This Monegasque photo MC-1818 is doubly interesting: if I’m not mistaken, “LDVG” to the left of MC-1818 is a Connecticut vanity plate,  metal validation tab included.
You may need to download and enlarge the photo to see the vertically aligned letters “CONN”. This style was used from 1937 to 1947, and 4-letter personalized plates were allowed from 1945 [RPWO paragraph (y)]. So this CT plate must be from 1945-47.
Connecticut was the first U.S. state to introduce personalized plates (called “initials plates”), already in 1937. Only two or three letters were permitted at first.
John Pemberton shot this double-plated Cadillac Fleetwood in London around 1947.