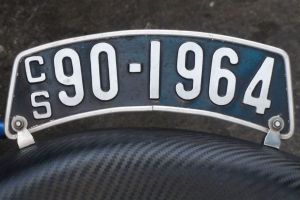 Does anyone know what this is? I shot it on the front fender/mudguard of a (fairly modern, if I remember correctly, but I’m no bike expert) motorcycle in Bangkok at the end of April 2012. It was stuffed into a market stall, whether parked there for the day or permanently enconced, I had no idea. The stall-man and I traded smiles as he seemed to enjoy my interest in the machine, but the language barrier permitted little else. The rear was totally inaccessible so I never saw the rear plate; it was one of those hit-and-run moments, and this picture is all I was left with.    from David Wilson

Which of us ever thought we might see a photograph of a car from pre-1956 Thailand, when the international oval was ‘SM’?    Well, Europlate member no. 83,  John Pemberton, started noting strange plates when he went up to Oxford University in 1937 and though his thousands of records of the intervening years are in written logs, he did take some black-and-white photos from time to time, many of which are now important historical records of plates never to be seen again.

John, who is in his nineties, and still spotting whenever he goes out in a car, has passed his album to the RPWO Blog for scanning, so that we can all share his gift to the recorded history of our odd pursuit.

Let us first show his Siamese picture, taken in Denmark in Amalienborg, Copenhagen in 1947.     The style of the plate is exactly as described in RPWO:

(y)     1940s    plates were 390×110 mm (or 270×90 mm for motorcycles) and the registration consisted of two small Thai letters vertically aligned being a code for the province (see Table 1, column 2), followed in Bangkok and Chon Buri by a Thai letter and four numerals, or in other provinces, by five numerals.

The 2 Thai letters abbreviate Krung Thep, the short-form Thai ceremonial name for Bangkok – and meaning City of Angels according to King Rama III. 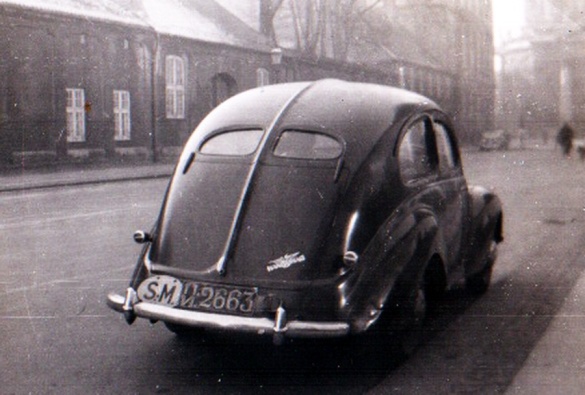 The same day, John saw a 1947 New Jersey plate off  Radthusplads, also bearing Stockholm reg. A 34351.    It seems that it was then common for foreign tourists to carry both their home plate and a visitor plate during their tour in Europe, as several of John’s shots depict such doubled plates.

Addendum    It transpires that countries which were not signatories to the International Traffic Convention, could not circulate freely on the roads of the member countries while using their own plates.     Among others, the USA and Canada were late to join and until about 1955, had to obtain some temporary plates of the country they were visiting, as they entered at a port or other frontier.   Britain had its ‘Q’ series, France its TT.    Sweden and Switzerland  gave them normal plates.     Full details of the Conventions are being assembled currently, by our former president, Bernt Larsson. 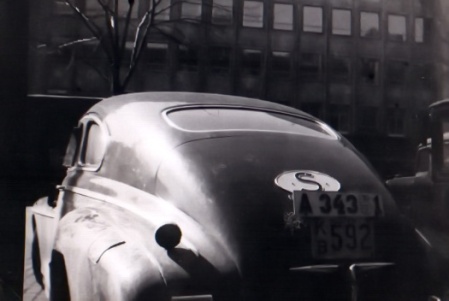 Below:  Another example of doubled plates is Zurich 28560 with 1946 Virginia, too,on a new Oldsmobile, in 1946 London.   Possibly from the US consulate/embassy in Switzerland… 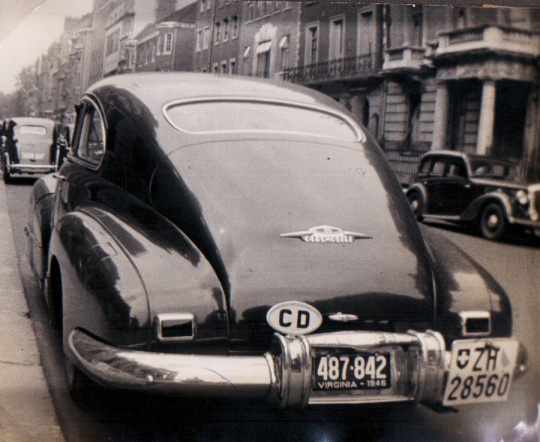 More of John’s sightings will be coming to the Blog shortly.