Driving to Milan/Trezzo and back for the 2012 Europlate Meeting, a few odd sightings made me reach for my camera:   Here is the first Italian Taxation Police trailer I’ve ever seen, taken as a moving target on the autostrada, whilst driving at 85kph.     Still, it came out all right….

Stopping above Nice on the toll-booth rest area, was 116189 RS, my first of the 2002-onwards Tunisian Foreigner series – Régime Suspensif – ‘given to foreign workers who pay taxes monthly’.   (Don’t we all?)

Dropping our Editor Paul at the Milan airport on Easter Monday, the less-common Italian Consular Corps plate was seen parked on a Kia 4wd:

The Mercedes Benz Museum at Stuttgart was an impressive visit, though few plates were of interest.

They have made a good facsimile of the Vatican plate borne by the first Popemobile which Benz supplied in the 1980s. 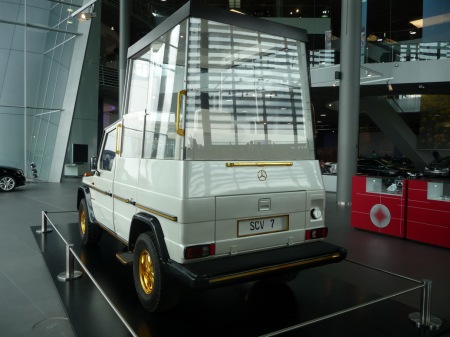 Though the Swiss don’t have vanity plates as such, it seems that one can obtain an interesting out-of-sequence tag: 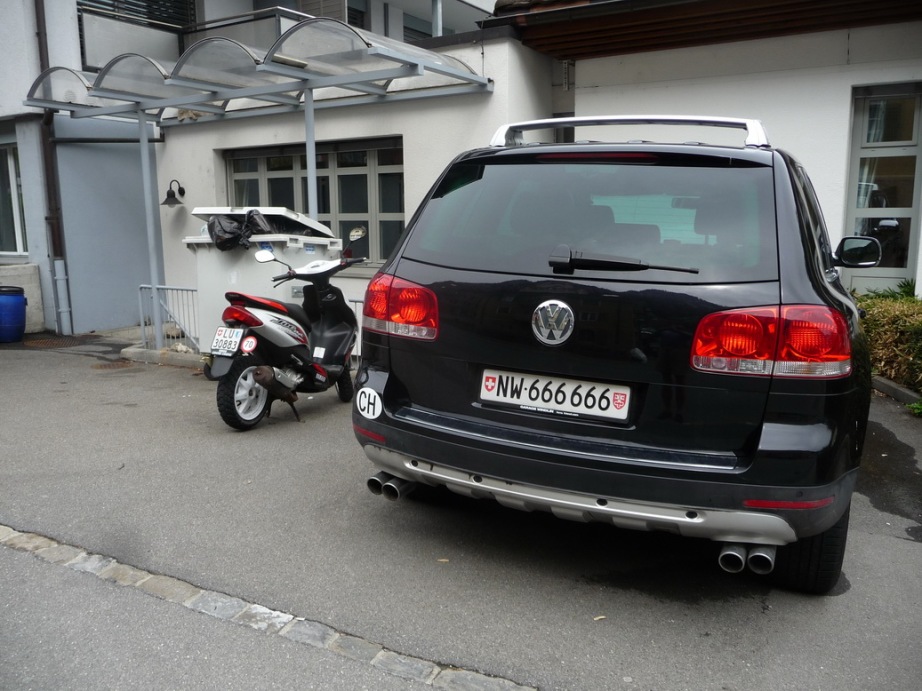 In Calais I was surprised to find that the local fast-food joint was delivering their delicacies on Luxembourg-registered mopeds! 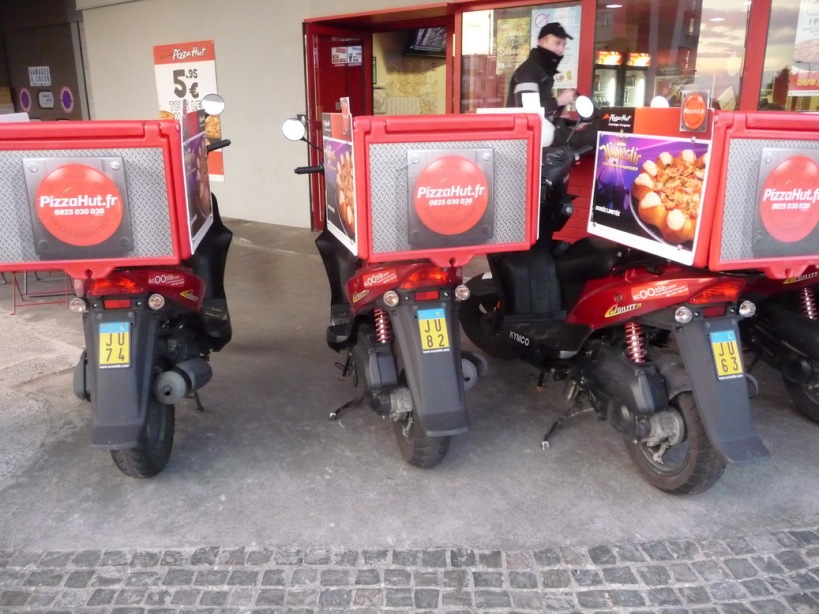 Since 2010, some wealthy folk are circulating in Malaysia carrying a new type of special plate, using a G 1 M prefix.    My first was seen in Penang in Feb. 2011, on a brand new Jaguar sports, which I followed and photographed but lost the image in an irrecoverable external memory crash.

Then another this week on a new Ferrari and yesterday this one on a new Bentley (which, with local duties etc., would cost about US$800,000 here, as would the Ferrari.)

The prefix G 1 M is said to reflect an new imaginative concept of the Prime Minister, to encourage his citizens to think of Malaysia First (1 m) and  the ‘G’  abbreviates ‘Glory’ or ‘Glorious’.        The PM has allocated stg.£8-10m.  to support the scheme in its many facets, possibly to companies with which he is friendly and who are co-operative in his ventures.

Some oversight may be seen here:

(and a fulsome comment from Alexander in KL to read below – which identifies the ‘G’ in another way.)

Personally, I don’t like many forms of vanity plate, whatever it  ‘celebrates’.      It is ostentatious – and plays into the hands of cynical registrations authorities, who delight in grabbing money for nothing, from a naive motoring public.     I am impressed by such as the Germans, who have held back, surely against great pressure to turn their excellent system into a plaything.

During a 2013 visit, I am astonished to see this rare plate on a moped!   Wonders will never cease.