I wonder if any members can beat this 1947 date for their first photograph of a foreign plate at the start of their hobby?     John Pemberton saw this Canadian car in Oxford when at university there  after the war and its quite a good picture for the time – perhaps a decent camera?             (66 years ago!!!!) 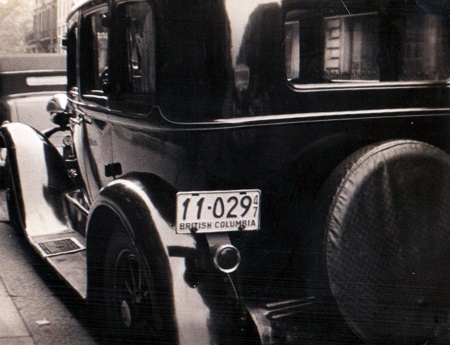 unknown car type from 1947 British Columbia, thanks to EU83! 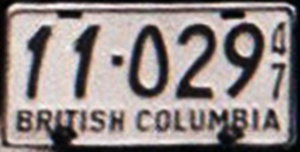 Is it not odd that John’s sighting of another Canadian was made to mount a British Temporary Visitors’ plate?    After all, Canada was surely a signatory to the appropriate conventions?      Thierry? 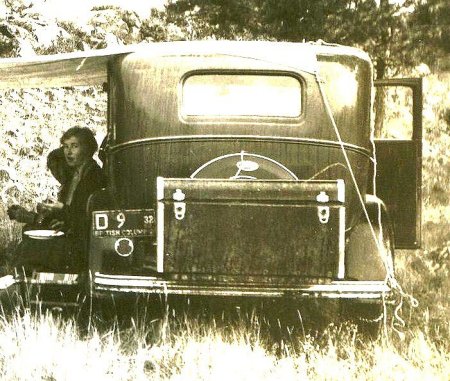 1971 in Montreal.    The Quebec Liberation Group, allied to the Austin Owner’s Club Provisional Wing, had some unofficial ‘Q’ ovals made, possibly to assist them to get privileged parking….

The journal Old Motor (now extinct) gives us this image of a Quebecois Dealer plate, probably from publicity pictures taken by the bus’ body-builder, before delivery to the purchaser and its regular registration.

This entry was posted on Tuesday, January 22nd, 2013 at 9:19 am and is filed under America-North, Canada. You can follow any responses to this entry through the RSS 2.0 feed. You can leave a response, or trackback from your own site.

2 Responses to Some Canadian oddities